Who are the Kwoma? 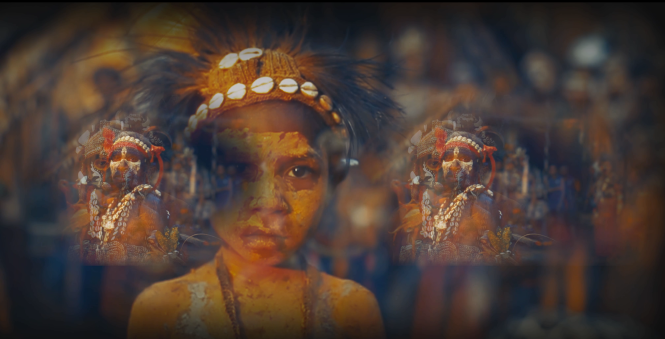 The Kwoma are a tribal group living in a set of villages in the Washkuk Hills and along the Sanchi River which flows through them into the Sepik River in Papua New Guinea. The total population is around 12,000. Kwoma is the name the tribe gives to themselves and means ‘hill people’ in their Kwoma language to distinguish themselves from the river people who live on the banks of the Sepik.

Like many communities which live on the Sepik the Kwoma have a very rich cultural tradition. Their songs and stories tell of their origins, myths and legends and their carvings, paintings and spirit houses show great skill and imagination. Traditional Kwoma art and artifacts such as carvings, paintings and ceramic pots are held and exhibited in most of the major ethnographic museums around the world. Some of the most notable Kwoma collections are in the following museums.

Kwoma culture is still very much alive and due to their isolation it has been less affected by tourism and modern life than most other cultures in PNG. In recent times there have been three major exhibitions outside PNG which have shown the Kwoma as a living culture.

Like other Sepik peoples they are famous for their plastic art, principally wood carvings and paintings on bark. The bulk of plastic art decorates ceremonial buildings. The ceilings of these structures are lined with hundreds of paintings of totemic species, and the posts and beams are lavishly carved with sculptures depicting mythological personages and spirits. Kwoma men’s houses are among the greatest of all artwork in the Pacific region.*

The colourful representation of natural phenomena and its’ anthropomorphisation is common to all the Kwoma. However the concept of the ownership of motifs and stories by particular clans and villages have evolved and differ across the region.

The three major contemporary Kwoma Rituals focus on the harvesting of yams; in each, men display different styles of painted and decorated wooden sculptures depicting powerful clan spirits (the agents thought responsible for the continuing fertility of yam gardens) and dance around these sculptures singing complex song cycles that celebrate incidents of note in the histories of individual clans.  Women’s participation in rituals is limited to dancing and singing outside men’s houses on specific ceremonial occasions; women know the songs men perform and enthusiastically join in the choruses.*

The Kwoma artists call upon stories, myths and legends and the yam ceremonies of Yena, Mindja and Nokwi have their own visual representations.  Each ceremony requires the creation of a specific type of figure.
In the first two rituals, yena and mindja, the figures are lavishly adorned and displayed atop a large basket-like structure containing part of the yam crop. The yena rites generally involve the display of wood heads with neck-like stalks. However, in some cases, ceramic yena heads such as the present work are also used. The mindja ceremony involves plank-like figures with yena-like faces and
bodies adorned with diamond-shaped motifs representing banana leaves and undulating forms depicting the coils of snakes. The final ceremony, noukwi, restricted to senior initiated men, involves the display of female figures.**

Shiva Lynn Burgos, Artist and founder of The Mariwai Project is honoured to take part in The Art of Business Forum, sponsored by SAP during The World Economic Forum Annual Meeting, Davos Switzerland, Monday January 16th at the Heimatmuseum, a series of conversations with business leaders, scientists, and artists to imagine inclusive, sustainable futures.
Join us @ 15:00BST/10:00EST/00:00PNG for the livestream Tomorrow (Friday, October 7th)
We were honoured to be invited by the Global Foundation ASSISI & ROME ROUNDTABLE to present the work of The Mariwai Project and our endeavours to protect cultural and environmental sustainability.   Eminent global figures from diverse backgrounds, industry leaders, government representatives and Vatican officials came together to discuss “Co-operative Globalisation - Navigating the Unknown Together, Towards Peaceful, Global Co-existence”.
Performance, On the Lagoon (after the balloon hunt), 2015
Some images from the show #OfftheCloth at @whiteboxny, curated by @juanpuntes and @corkaren.
#OfftheCloth, curated by Juan Puntes @juanpuntes and Karen Cordero Reiman @corkaren, inaugurates the new downtown location of @whiteboxny. The exhibit forms a part of Whitebox’s ongoing “Exodus” series highlighting the work of émigré artists living and working in New York City.